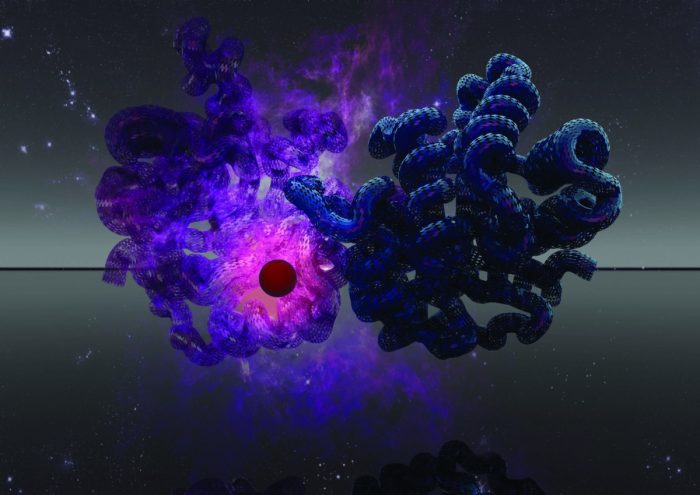 Northwestern scientists are leading the charge to sequence proteins the way the Human Genome Project sequenced genes and DNA. A recent study in Science confirms they are on to something big.

Neil Kelleher, PhD, has been weighing proteins since 1999, when, as a young professor, he opened his independent laboratory at the University of Illinois in Urbana-Champaign. His goal then, he says, was the same as his goal now: “to weigh every human protein.”

More specifically, he is aiming to measure the exact molecular composition, or unique proteoform, of 100 million proteins to understand and treat diseases ranging from cancer to neurogenerative and heart diseases. At last count, he’s classified about 200,000 unique proteoforms, leaving many millions more to go. This will require a similar, nearly 1,000-fold jump in sequencing technology as occurred in the Human Genome between 1992 and 2002, when the genome was first fully sequenced, he says.

Fortunately, Kelleher, who is now a professor of Medicine at Feinberg and the Walter and Mary E. Glass Professor of Molecular Biosciences and professor of Chemistry in the Weinberg College of Arts and Sciences, is no longer the only one counting. In November of 2021, approximately 400 scientists in a worldwide proteomics research consortium (topdownproteomics.org) launched an initiative known as the Human Proteoform Project. Kelleher serves as the founding president.

“People told me I was leaning in far over my skis when I started, but now momentum is growing steadily,” says Kelleher, who is also the director of the Chemistry of Life Processes Institute (CLP) and faculty director of Northwestern Proteomics, a center within CLP that helps clinicians define the proteoform signatures of health and disease. “There are technological leaps that need to be made, and there are many signs that show this could be the decade where it finally happens.”