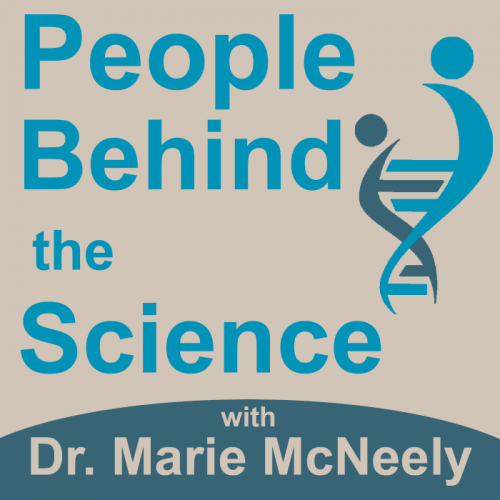 Dr. Neil L. Kelleher is the Walter and Mary E. Glass Professor of Molecular Biosciences, Professor of Chemistry in the Weinberg College of Arts and Sciences, and Professor of Medicine (Hematology & Oncology) in the Feinberg School of Medicine. Neil is the Director of the Chemistry of Life Processes Institute and Director of Northwestern Proteomics. He is also a member of the Robert H. Lurie Comprehensive Cancer Center. Neil received his B.A. in chemistry from Pacific Lutheran University and his Ph.D. in chemistry from Cornell University. He conducted postdoctoral research at Harvard Medical School before joining the faculty at the University of Illinois in Urbana-Champaign. In 2010, he joined the faculty at Northwestern University. Neil has received numerous awards and honors over the course of his career, including the Biemann Medal of the American Society for Mass Spectrometry, the Presidential Early Career Award in Science and Engineering, the Camille Dreyfus Teacher-Scholar Award, the Cottrell Scholars Award, the Burroughs Wellcome Award in the Pharmacological Sciences, a CAREER award from the National Science Foundation, and others. In addition, he has received the Pittsburgh Conference Achievement Award, the Pfizer Award in Enzyme Chemistry, and the A.F. Findeis Award in Measurement Science from the American Chemical Society, Division of Analytical Chemistry. Neil was also a Becman Fellow, a Sloan Fellow, a Packard Fellow, a Searle Scholar, and a Fulbright Scholar. In our interview, Neil shares more about his life and science.

Life Outside of Science (2:41)
When he’s not doing science, Neil likes to play basketball, and he has been an avid golfer since he was young.

The Scientific Side (3:32)
Neil is a protein biochemist. He weighs and analyzes proteins found in the human body, and he develops technology that allows scientists to measure new things.

A Dose of Motivation (5:14)
A sense of competitive spirit motivates Neil both in sports and in science. He coined the term “cooperatition” that encompasses both cooperation and competition, and this is something he keeps in mind in his work.

What Got You Hooked on Science? (7:11)
Neil’s grandfather was an engineer, and Neil recalls him demonstrating how to generate static electricity by combing his hair, and then using the static to bend water as it poured out of the faucet. That feeling of wonder and curiosity has stayed with him over the years, and science has given Neil an opportunity to apply himself 100% to solving difficult problems. As an undergraduate student, he became interested in chemistry. During a regional conference of the American Chemical Society, Neil won an award for the best presentation, and this helped boost his confidence and reinforce that he could incorporate his personality in his science communication. Later when he attended his first larger conference in 1994, Neil realized that there were other scientists working on similar projects, and this sparked his competitive nature. With a little luck and a lot of hard work, Neil has been enjoying a successful scientific career.

The Low Points: Failures and Challenges (17:50)
Even as an established researcher, failures like getting grants rejected are still common. This is key for early-career scientists to keep in mind, and it’s important not to suffer in isolation. During the early stages of his own career, Neil found it helpful to go around his department and talk to other scientists. Being social helped him solve problems and keep his science moving forward. Make sure to take advantage of any formal mentoring programs your institution may offer, and don’t be afraid to reach out and asks colleagues for help.

A Shining Success! (21:30)
Neil is very excited to be working on an initiative called the Human Proteoform Project. Like the Human Genome Project, the long-term goal is to sequence the entire collection of proteins produced within the human body. Proteins play important roles in human health and disease. Sequencing the genome transformed biology and medicine, and taking the next step of sequencing the proteome has enormous potential for advancing precision medicine. This project is in its very early stages, but it is exciting and rewarding to be part of this effort that will represent a tremendous leap forward for the field.

Most Treasured Travel (24:09)
One of Neil’s favorite places that he has visited for science is Germany. He traveled there for a Fulbright Fellowship to study chemistry. While there, he took advantage of the excellent rail system and planned a trip where he went to twenty different major European cities within 30 days. It was an amazing experience to be immersed in the culture and wrap his mind around the different cities. Neil was also in Germany in 1990 when West Germany won the FIFA World Cup, and it was cool to be part of the celebrations. In addition, Neil has been able to meet with people from great companies in Northern Germany that build some of the best mass spectrometers in the world.

Quirky Traditions and Funny Memories (29:52)
Science is a human endeavor where personalities and ambitions sometimes clash, and it’s important to have empathy and be strategic about the battles you choose to fight. Neil has benefited from his ability to look at the bigger picture and sometimes make concessions or accept small losses that ultimately lead to larger wins. As a postdoc, Neil worked in an intensely competitive lab at Harvard Medical School with one of the best mentors in the field, and he began to clash with another postdoc on project investigating an exciting new antibiotic. They were really struggling with determining who should be the first author on the paper for this project. This caused a lot of tension in daily work, and they eventually forced their boss into a meeting. The other postdoc began making their case, and as they were talking, something clicked for Neil. He looked at his mentor and realized that this situation was getting in the way of them moving the science forward. When it was Neil’s turn to respond, he conceded to being second author. Neil realized this would make his boss’s job easier, and that was the right thing to do at that moment. He gained so much more by letting that one first-author paper go.

Advice For Us All (36:23)
Persistence and flexibility are important in science. On one hand, you need to be able to endure the many challenges you will face, but you also need to be flexible enough to realize that you can go around some barriers rather than through them. Stick with it, and don’t be afraid to follow a non-linear path. Also, don’t suffer in silence if you find yourself in an environment that isn’t working for you. Get the support you need, or make a change that will allow you to keep moving forward. It is an amazing thing to be able to push the boundaries of our knowledge in science.

Guest Bio
Dr. Kelleher and his team drives both technology development and applications of very high performance mass spectrometry in proteomics and metabolomics. For bacteria and fungi, new platforms now feed compounds from the natural world into pharmaceutical pipelines. In proteomics, Kelleher has emerged as a leading voice in a calling for an analogue of the Human Genome Project applied to human proteins. This effort is called the Human Proteoform Project and has recently been endorsed by research consortia.  Neil is a serial entrepreneur with experience in spinning up four small companies, including a software shop providing the leading search engine used in more than 1,000 labs for “top down proteomics”. His contributions to the fields of proteomics and natural products chemistry have been recognized by multiple awards, including the Biemann Medal from the American Society for Mass Spectrometry, the Pfizer Award in Enzyme Chemistry from the American Chemical Society, a Searle Scholar Award, a Packard Fellowship, and the Allen Distinguished Investigator Award.